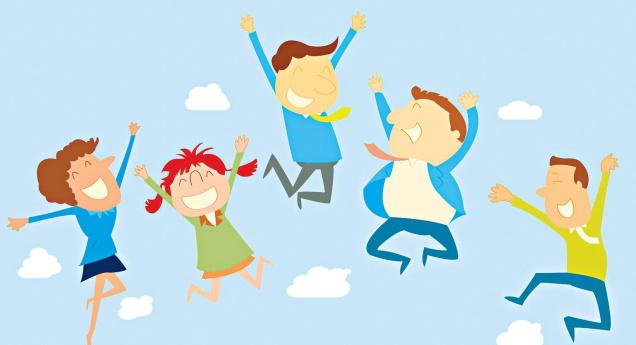 Each year, many charities seek to strengthen their boards with the appointment of new trustees. Creating a high performing board is the aim, but latest research indicates that 75% of new trustees leave the board at the end of their first term, either because they want to leave or because they are asked to leave. Something is not quite right and begs serious questions about the recruitment, induction and on-going support that trustees receive in this very challenging role.

There are an estimated 20,000 new trustee roles in UK each year: senior leadership roles that are becoming increasingly important to the social fabric of our society. The trustee board has a particularly challenging remit not least because of its voluntary nature and infrequency of meeting. Furthermore, with many charity boards operating with 15, 20 or even more members, achieving high performance from the team can be a huge challenge. Team dynamics cannot be overlooked. Yet isn’t it the case that many new trustees are welcomed to the board and then expected to perform immediately at the highest level? Is this reasonable? 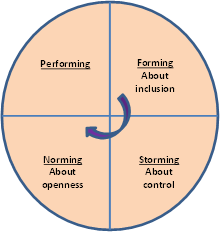 The phases of team development are well documented and described by Bruce Tuckman and also by Will Schutz in his work on FIRO-B. Firstly there’s the ‘forming’ phase during which an individual is likely to ask questions related to their personal inclusion. Do I believe in the vision and purpose of this team? Do I feel wanted? Am I in or out?

Secondly there’s the ‘storming’ phase during which issues of control are addressed: What’s my role? Why is that person taking the lead on this topic? Do I agree with the way decisions are being taken?

Thirdly there’s the ‘norming’ phase during which ways of working are agreed creating the platform for the fourth phase of ‘performing’. These phases of team development are well understood and many leaders use them extensively in their daily lives, but for some reason the lessons are too often forgotten when it comes to boards of trustees.

Is it realistic to expect a new trustee, no matter how experienced they may be in a different environment, to perform to the best of their ability in a new team without facilitating their way through these phases? Could a lack of time on team induction be contributing to the limited tenure of trustees as highlighted in research figures quoted above?

Developing this theme further, the challenge for trustee boards is in making ‘good’ decisions and making ‘good’ decisions as often as possible. Part of the decision making process is to include different ways of seeing a problem and exploring alternative possibilities to solve the problem. This requires genuine dialogue, a range of perspectives and the confidence of each team member to feel they can speak out and question before a decision is taken.

The challenge is made all the greater as boards are increasingly under pressure to diversify their membership to embrace the differences between team members rather than the similarities. Much of this narrative focuses on simplistic measures of diversity such as race and gender, but I would argue that it’s not race or gender diversity that is critical, although these may have an influence, it is cognitive diversity. That is, the ability to see the world through a different lens and ask different questions that help to ensure that when a decision is made, it’s as likely as possible to be the ‘best’ decision that the board could have made.

So far so good, but cognitive diversity brings its own new challenges. Many of us don’t really appreciate others disagreeing with what we say. It’s easy to become defensive and either close down or let the situation boil over into open conflict. Diversity in thinking will create tension, but it’s this very tension that should support open dialogue and robust decision making.

Within this environment it is particularly important to spend time addressing the challenges of inclusion arising from the recruitment of new trustees. The introduction of just one more trustee onto the board will change the dynamics for everyone.

Does your board allow different views to be openly expressed? Is tension seen as a positive attribute of the way your board operate or is conflict supressed?

Addressing team issues must, of course, be considered within the constraints of how a trustee board operates as very few will find it feasible, or desirable, to spend several days locked away getting to grips with these issues. A pragmatic approach is required to speed up the team forming process such as an ‘action learning’ approach to team development which forms part of our overall programme of trustee development spanning preparation, recruitment, induction and on-going support.

If you are already spending valuable time and resources recruiting new trustees; would it also be of benefit to invest a little more to ensure that these new team members fit seamlessly into your team and quickly deliver to their full potential?